Spring 1940 in France: 80 years ago, 8 million people took to the road, fleeing the advance of the German troops.
For its first temporary exhibition, the musée de la Libération de Paris – musée du général Leclerc – musée Jean Moulin retraces the lives of Parisians during the tragic episode of the exodus in June 1940.

May - June 1940, populations are living an historical and traumatic moment : from Belgium, Luxembourg and France, people took to the road, fleeing the advance of the German troops.

Two million men, women and children left Paris in just a few days. They joined 6 million others already in turmoil. This mass movement of people going south and west in France became so great that very quickly the Bible was invoked, and it became known as - the Exodus.

Between the 3 and 14 June, panic quickly spread among Parisians and three quarters of them decided to leave as soon as possible. Photographs and recollections show roads encumbered with cars, bicycles and carts on which were piled possessions gathered in haste. Panic spread through the population, from the upper classes to small shopkeepers leaving the city almost deserted. The flight was chaotic, people were hoping to get to family living in the provinces, their homes in the country or just simply as far away as possible from the Germans. The inhabitants of the towns and cities in the path of the flow of refugees were unable to cope with the numbers. In Chartres, Jean Moulin, the Prefect of Eure-et-Loir, remained at his desk and tried by any means he could to feed the hordes coming from the Paris region.

Recollections of the exodus

On the 14 June 1940 the Germans entered Paris. On the 17th the new head of the government, Marshal Pétain, announced he was going to ask for an armistice. This declaration hinted at the end of the war and reassured large numbers of French people. However, within a few weeks France’s social and political structures imploded.

All through the exhibition the main causes of this extraordinary moment of panic are explained. The imagination of Parisians, like those of all French people, were fired by the descriptions of violence perpetrated against civilians in previous wars. Also, the government had prepared for a defensive war without considering the possibility of an enemy invasion on French soil reaching as far as the capital.

The accent in this exhibition is on a collective experience made up of millions of individual stories, mixing those of Parisians with other French people, and those of Belgians and Luxembourgers. By concentrating on film of the time, recollections, drawings - particularly by children - and archive material, the curators have chosen to immerse the visitor in this remarkable period of history. Little by little you will be drawn into this feeling of urgency that gripped Parisians and their hurried departure and how they found themselves part of a mass of refugees that were streaming onto the roads.

The exhibition throws a light onto the fate of the refugees and the fragility of public institutions.

Visit the exhibition from the comfort of your own home.


With the support of the 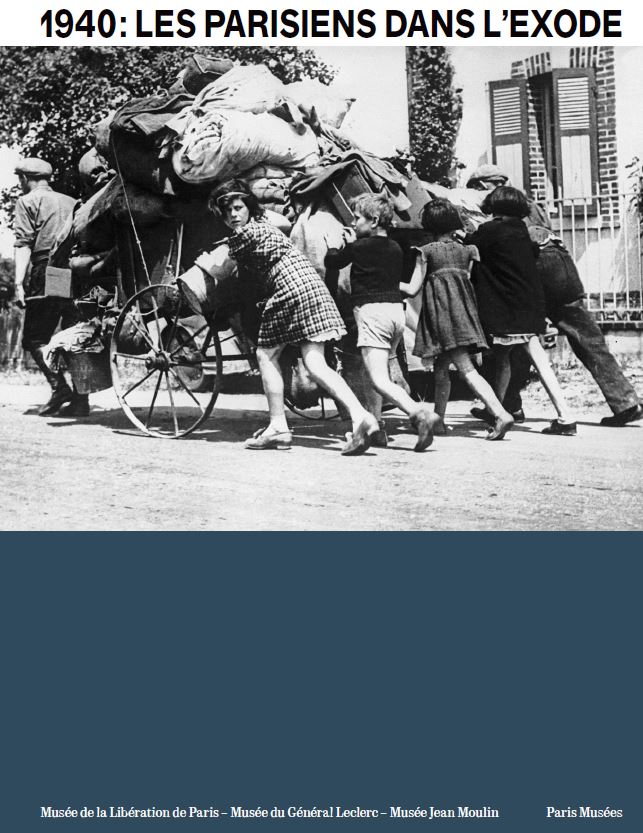 The exhibition catalogue, illustrated with numerous photographs and testimonies, remind these events are not so far from us, and invite to a reflection on this traumatic moment of french history.

Available at the museum shop

The exodus day after day

How did events develop from the traumatic exodus of millions of French people to the German Occupation? Follow our thread to chart how these... 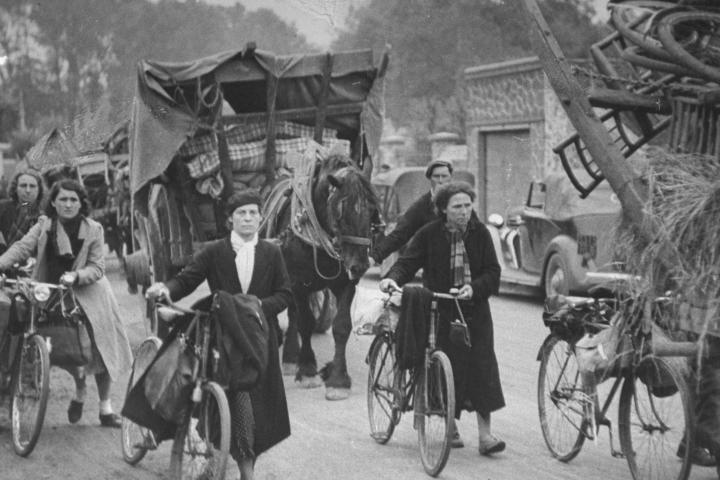