In 1764, architect Claude-Nicolas Ledoux (1736-1806) was named Architect-Engineer for Water and Forests and later became Architect of the Ferme Générale (customs and tax collection). He designed a number of buildings, such as the music pavilion for Madame Du Barry at Louveciennes, which was inaugurated in 1771, and the Besançon Theater, inaugurated in 1784. Above all, he is famous for the construction of the Royal Salt Works, built between 1774 and 1770 at Arc-et-Senans, in the Doubs department. In 1785, he was entrusted with the creation of gates for the customs barrier in Paris. The Hell’s Gate pavilions were part of this enclosure, which was composed of 24 kilometers of walls and some fifty gates, where customs duties were paid by merchants entering Paris. The two pavilions at Place Denfert-Rochereau, the pavilions at the Trône Gate and the rotundas of La Villette and Parc Monceau were listed as historical monuments in 1907. The history of the pavilions is tied to that of Paris and of the barrier of the octroi (tax on the entrance of merchandise into Paris). Built on the road to Orleans starting in 1785 by architect Claude-Nicolas Ledoux to collect octroi duties, the two symmetrical, rectangular pavilions with four floors have large vestibules and are decorated with a frieze by sculptor Jean-Guillaume Moitte, Prix de Rome in 1768.

After Paris was enlarged in the 1860s, the west pavilion was assigned in 1867 to house the Public Streets Department of the City of Paris, the Materials Testing Laboratory (LEM) and the Department of General Quarry Inspection (IGC).

In 1890, development of the laboratory’s activities required the construction of an additional U-shaped brick building behind the pavilion. The courtyard was covered a few years later.

From August 20-28, 1944, during the Liberation of Paris, the staff of the French Forces of the Interior (FFI) for the Paris region, under the orders of Colonel Rol, was secretly installed in the passive defense shelter under the west pavilion. This event was a decisive factor behind the choice of the pavilion to house the Museum of the Liberation of Paris – Museum of General Leclerc – Jean Moulin Museum in 2019.

In 1867, the City of Paris opened a laboratory designed to check the quality of paving. It was located on the third floor of the west pavilion. Gradually, the laboratory added other activities. In 1873, it checked the cements used for making concrete pipes. The agents of the “Materials Testing Laboratory” (LEM) delivered the “VP” (City of Paris) label. The laboratory’s specifications are the basis for the quality control of French cement.

The underground quarries in Paris have been in use since the Middle Ages. In 1777, following disastrous cave-ins, King Louis XVI created the Quarry Inspection by decree; this administration was in charge of keeping watch on the city’s underground and surrounding area. The Department of General Quarry Inspection (IGC), first located in the west pavilion, was moved in 1888 to the east pavilion. In 1968, it was attached to the City of Paris.

Our thanks to Sylvie Gosselin and Jessica Lecènes.

1785 – Construction of the Hell’s Gate pavilions, under the direction of architect Claude-Nicolas Ledoux, for collecting duties and taxes. 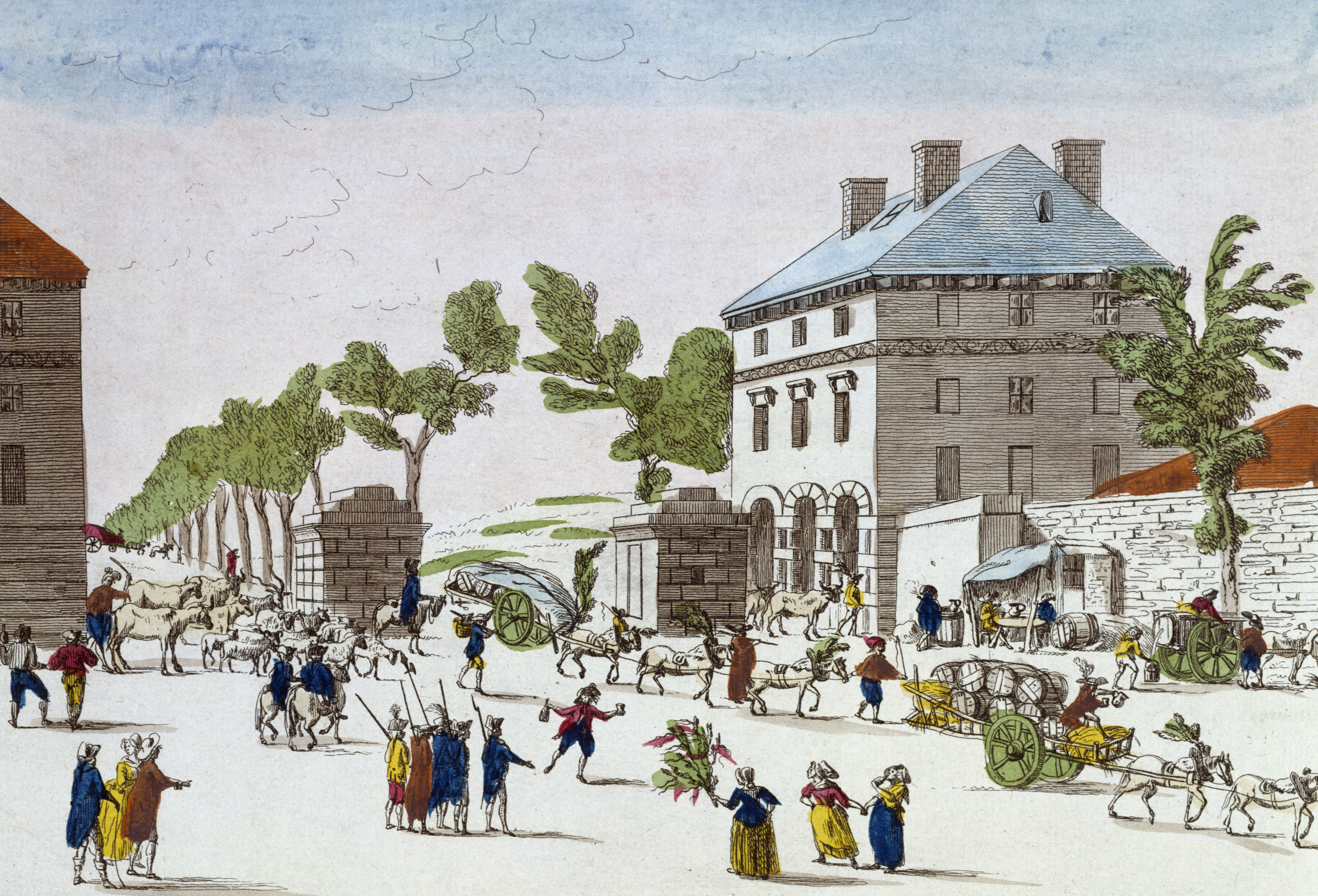 Anonymous, The freedom of entry through the Barrière d'Enfer on May 1, 1791, Print, Paris, musée Carnavalet

1860 – Annexation of the communities adjacent to Paris; end of octroi tax collection at Hell’s Gate.

1867 – The laboratory for pavement checking, which was the forerunner of the Materials Testing Laboratory, was installed with the Department of General Quarry Inspection in the west pavilion, in place of the octroi collection services.

1888 – Moving of the Department of General Quarry Inspection to the east pavilion.

1890 – Construction of a U-shaped industrial building behind the west pavilion to provide more space for the Materials Testing Laboratory. The U-shaped building before being covered with a glass roof, undated; collection of the City of Paris Materials Testing Laboratory.

1907 – The Ledoux pavilions are listed as historical monuments.

1938-1939 – Creation of a passive defense shelter in the basement of each of the pavilions; the shelter under the west pavilion was equipped so that the city technical services could still operate in case of evacuation.

20-28 August 1944 – Colonel Rol, head of the French Forces of the Interior (FFI) for the Paris area, set up his command post in the shelter under the west pavilion, which had not been used during the Occupation.

1994 – Opening of the Marshal Leclerc de Hauteclocque and Liberation of Paris Memorial and the Jean Moulin Museum on the Atlantique roof above the Montparnasse train station. 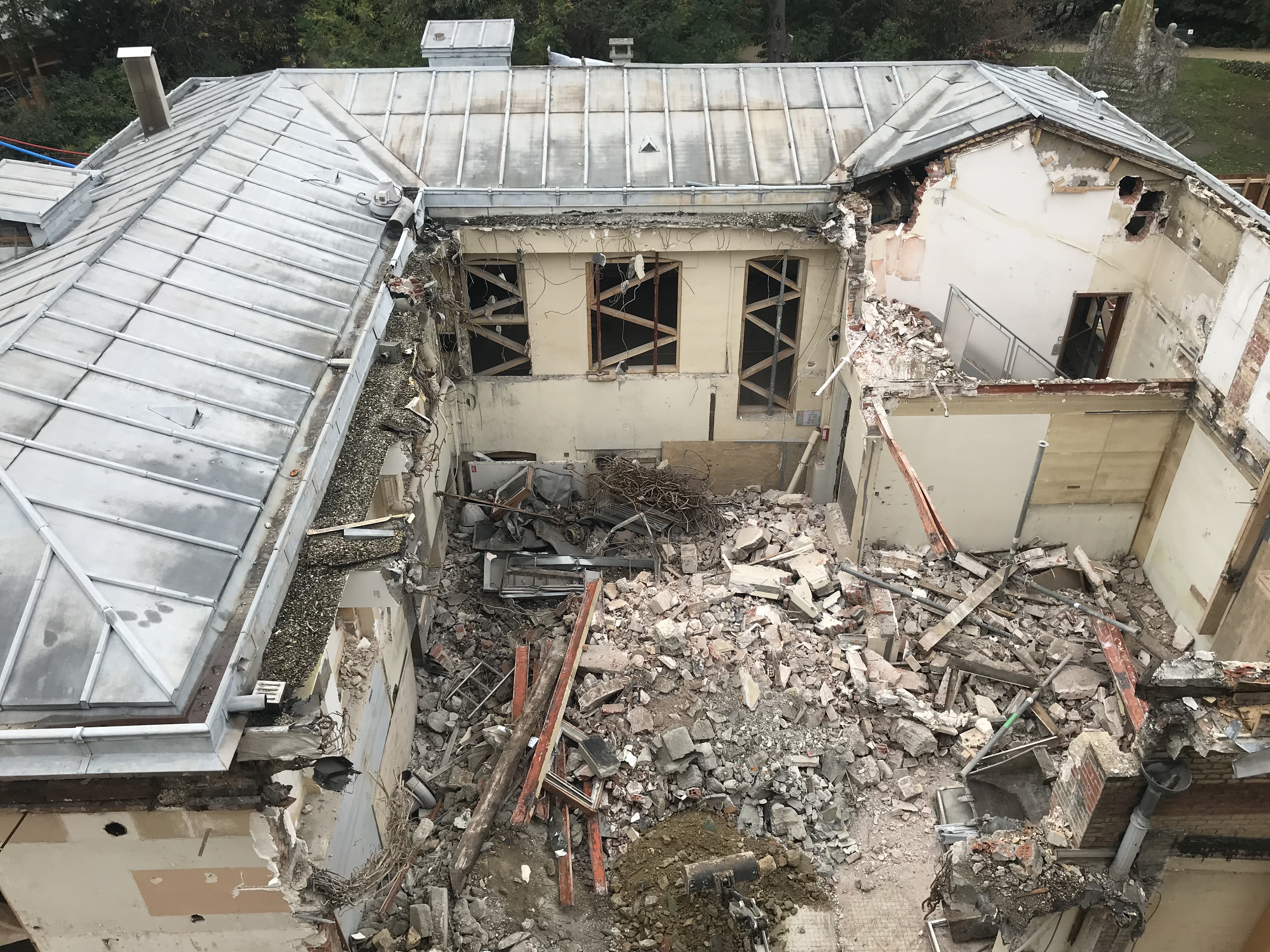 The worksite in October 2017

25 August 2019 – Inauguration of the Museum of the Liberation of Paris – Museum of General Leclerc – Jean Moulin Museum.

They made History, our museum reveals their stories

“We hope to inspire visitors to think about the stakes behind these combats, which have singular resonance today.”   Sylvie Zaidman, Museum director

The Liberation of Paris – General Leclerc Museum – Jean Moulin Museum gives a voice to those who resisted and tells their stories, while asking the central question of commitment in the context of a world at war.

Jean Moulin and General Leclerc guide you along a pathway featuring direct encounters with over 300 items, original documents, photos, archive videos and personal accounts that evoke the Resistance, the fighting, repression, clandestine operations and newfound freedom.

1994: Creation of a museum at Montparnasse

The museum originated from a donation to the City of Paris by the Marshal Leclerc de Hauteclocque Foundation and the legacy of Antoinette Sasse, who was a painter, resistance fighter and friend of Jean Moulin.

Designed from September 1991 to October 2017 under the leadership of Christine Levisse-Thouzé, historian, Head Curator and Museum Director, the Museum of General Leclerc de Hauteclocque and the Liberation of Paris – Jean Moulin Museum was part of the Paris Musées public entity since 2013. The display showed the parallels between the actions and pathways of General Leclerc and Jean Moulin against the background of French history during World War II, the Resistance in June 1940 and the Liberation in 1944. The museum’s permanent exhibition, 36 temporary exhibitions and extensive scientific programming have presented various facets of World War II over the years. 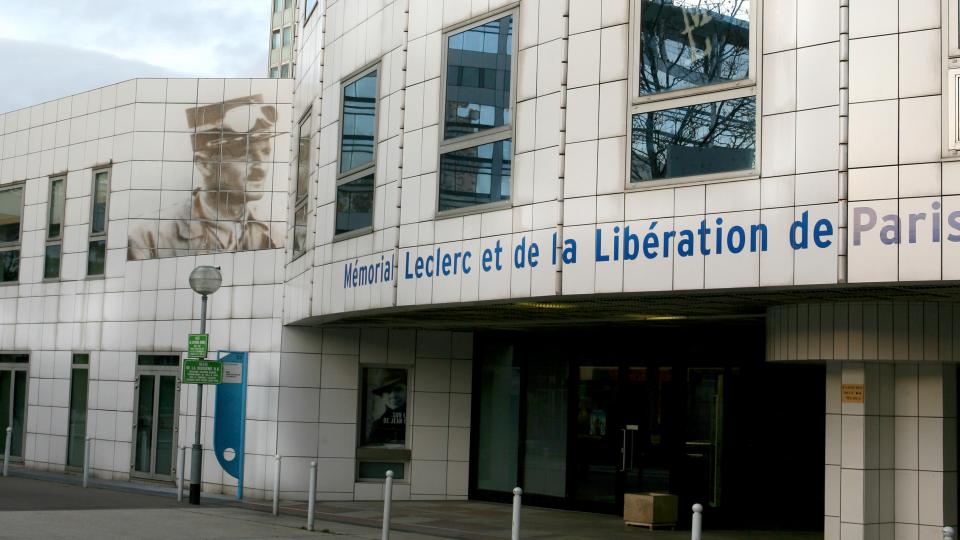 The museum was created in 1994 in Montparnasse © Didier Messina

2019: a museum overhaul at Place Denfert-Rochereau

In 2015, the City of Paris decided to give new visibility to the museum. The choice was made to transfer the museum to a more accessible site, one bearing reminders of the Liberation of Paris, and it is now found in the pavilions designed by architect Claude-Nicolas Ledoux in 1787 on Place Denfert-Rochereau.

Unknown to the general public, the Liberation of Paris command headquarters was hidden in the ground under the West Pavilion. Originally designed to be a passive defense shelter, it was used as a command post by Colonel Rol, head of the FFI in the Paris area, from the start of the popular insurrection against the occupier on August 19, 1944.

The move provided an opportunity to overhaul the museum with a new site, a new presentation and a new program in a project designed under the leadership of Sylvie Zaidman, historian, Head Heritage Curator and Museum Director, with the assistance of the museum’s Scientific Council.

After four years of work, the Museum of the Liberation of Paris – General Leclerc Museum –  Jean Moulin Museum will open its doors to the public on a symbolic date: August 25, 2019, the seventy-fifth anniversary of the capital’s liberation. 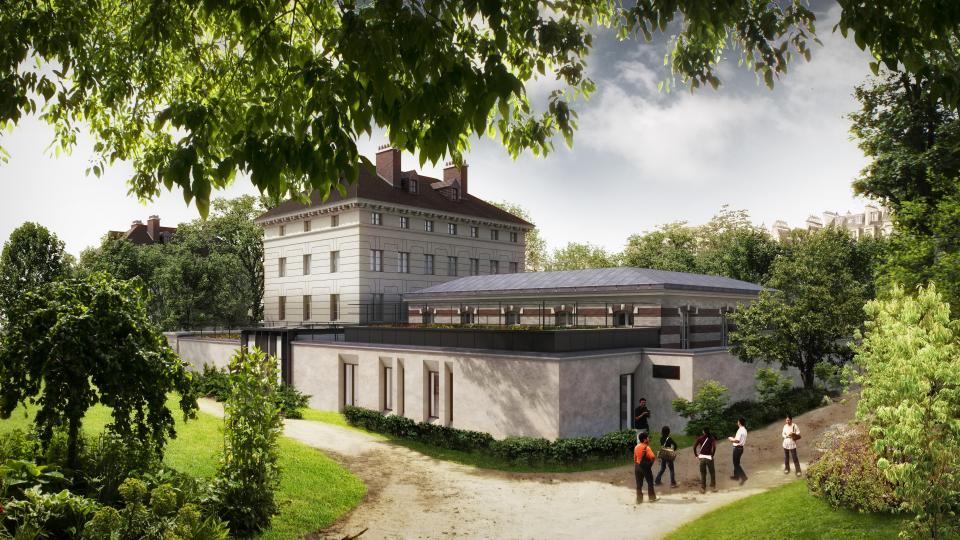 The museum’s Scientific Council is composed of historians, curators, experts and museum directors.